When imaginaries underlie the creation of the nanotechnology market…

Nanotechnologies are built on the unique properties of materials that have a length scale of one-billionth of a meter. This represents the set of technologies that deal with objects with dimensions of less than one nanometer; a nanometer corresponds to 0.000000001m (i.e. one-billionth of a meter). It must be said that the microscopic scale of this material finds a paradoxical expression in the ‘macroscopic’ economic importance that it represents—a billion dollars market value. Considerable possibilities across various fields are considered in terms of the applications of nanotechnologies. 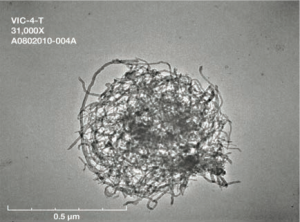 What role can imaginaries play in the building process of the nanotechnology market?

In an article published in Recherche et Applications en Marketing, it is precisely on the nanotechnology market—a disruptive innovation little studied in marketing—that Amélie Bellion and Philippe Robert-Demontrond question the role of imaginaries. In particular, they study the way in which actors use imaginaries in regard to the development of this market, the imaginaries they favor, as well as the links that these different imaginaries have among them.

An ethnomarketing perspective of the actors in the nanotechnology market

This research is primarily grounded on three ‘rich literatures’: (1) one relates to the social construction of markets which characterizes the market as the result of a combination of a wide array of actors, practices and resources; (2) the other deals with innovation marketing and uses little interpretive methods; and, finally, (3) the French school of Sociology and Anthropology of Technology (école française de sociologie et d’anthropologie des techniques; SAT) that recognizes the role of imagination in the creation and socialization of innovation. On the basis of these works, the authors used an ethnomarketing approach. A multiangulation of methods allowed to associate different sources of empirical data. Three categories of actors were chosen because of the importance of their role in the nanotechnology market-building process:

A symbolic and dialogical form of market building

The results identify a form of symbolic construction of the market that results from the interaction of various symbolic forces fueled by imaginaries—sometimes convergent and sometimes divergent—and chosen to favor specific interpretations of the market. The authors found that imagination is exploited by the promoters of nanotechnologies to organize a framework of nanotechnology interpretation: by minimizing nanotechnologies’ revolutionary characteristic and anchoring them in history, they banalize them and make them more acceptable. At the same time, using futuristic imaginaries, they magnify the perspectives that nanotechnologies offer (e.g. allowing human transcendence). Imagination is also used by ‘ordinary consumers’ and objectors, but in a different way: use of technology as a substitution for nature, machine takeover, pressure on the individual, etc. This creates conflict in the market-building process, obstructing its creation and development. These imaginaries conflict with the ones developed by promoters in terms of symbolic market building, in a clash of interpretations.

The challenge is to identify the imaginaries of the different actors—particularly that of ‘ordinary consumers’—so as to accelerate the acceptation by society (and not only the diffusion in the marketplace) of nanotechnologies in particular and, more broadly, disruptive innovations.

Bellion, A. and Robert-Desmond, P. (2018) The role of imaginaries in the construction of an innovative market: A market-oriented ethnography of the nanotechnology market, Research and Applications in Marketing, First published January 24th.

This entry was posted in Consumption, Digital. Bookmark the permalink.